Alexander «Deda» Faria about growing of Ludus Team and opening a brand new gym in the heart of Moscow. 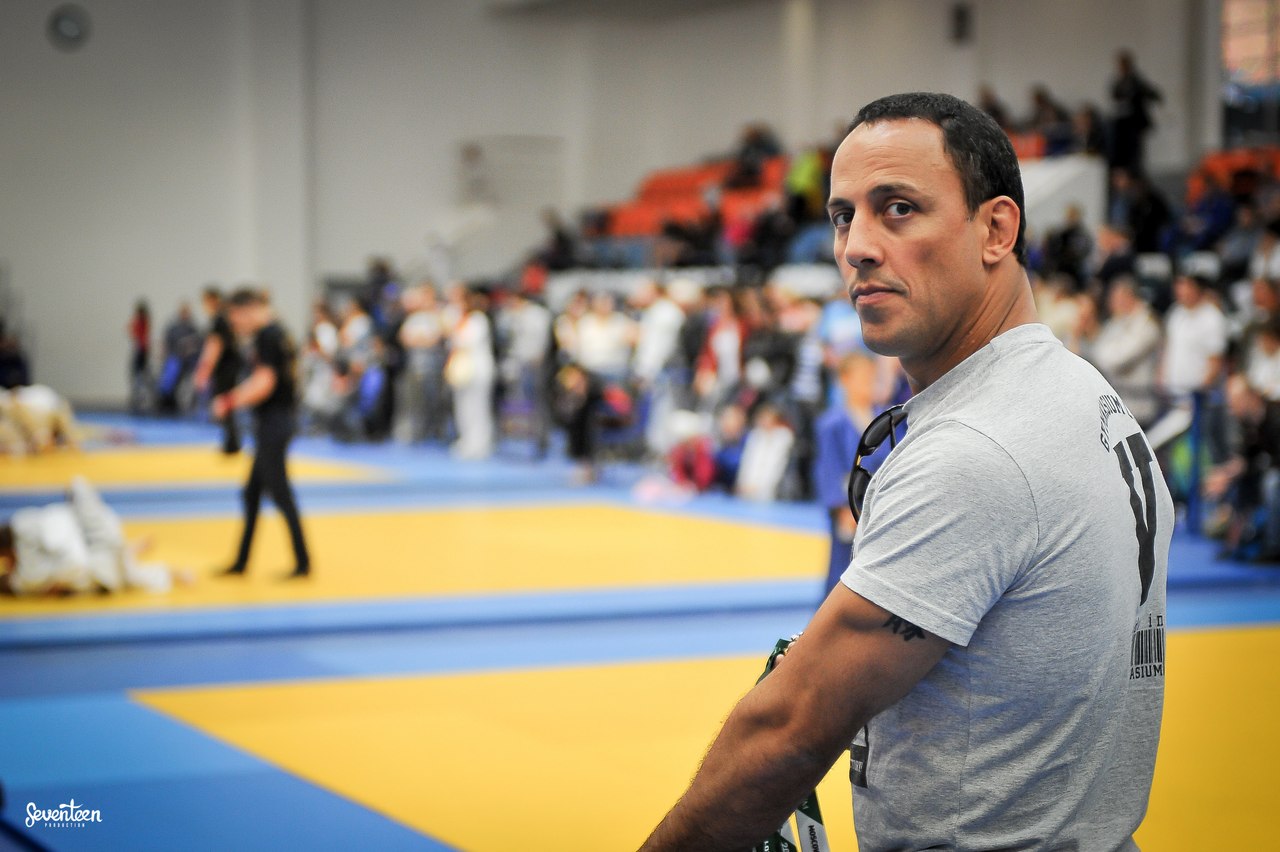 BJJ Mania: Hello, Deda! It’s good to know that your team is growing and becoming one of the biggest teams in our country. As i know this week you are opening a brand new dojo… tell us more about it?

About the growing of our team, its natural consequence for anyone who works hard.

Yes, we are opening a new dojo; Ludus Baza in Baumanskaya. As you know, ludus has several affiliate gyms in Russia, and a beautiful Gym in Limassol, Cyprus, but for the affiliates I only give support as a sensei and founder of the team. They have their own coaches, that are under me, and that come to me often for training and upgrading. Also, I try to go to them as often as I can for seminars (most of them for free) , graduation and follow up, but I have no participation in its administration process. In Moscow ,until last week, we had 3 dojos that are run by me and Ludus staff (Frunzenskaya,Ludus Nosov School, Ludus Arma) and 2 other affiliates (Marino and Voykovskaya). Working with me as coaches I have some of my graduated students but I try to visit all doos as much as I can. All our dojos in Moscow, affiliates or run by me are places where Ludus is active, renting space for some time or responsible BJJ practice. Ludus Baza is the fourth and latest one. Now, we have a home, a Base, our own place, dedicated entirely to BJJ with many trainings a day. Besides my direction and work as main coach, I will have another Brazilian BJJ Black belt working there (Sam).

BJJ Mania: Will you provide people only bjj training or are you going to add more disciplines?

BJJ Mania: Will there be separated groups for the beginners and experienced guys?

Alexander Faria: No at the beginning. The investment of capital, time and planning was high. So, we are worried about making it functional. At first our worry will be to offer trainings in all modalities above in all periods of the day and all days of the week. As soon as the need comes, it will be natural process to separate the groups according to their needs.

BJJ Mania: A i got it now you are holding living legend Terere camp in new dojo. Tell us, for whom this camp might be useful?

Alexander Faria: First of all this camp was kind of a hard task to make happen. Everyone knows how hard is to work with construction in Russia. Project, engineering, architect, remount, suppliers…. The whole gym was built from nothing and tons of material were removed. All that in 5 months work! A great team of professionals was assembled and I was very Lucky to have their help. Also I must mention that my partner Dimitri had fundamental role, not only with investment but also with his entrepreneur spirit. The gym has lots to do with his character; strong, positive and objective.

I just changed the opening schedule to enjoy the time when my friend tererê could visit. That’s why it’s unofficial; because tatami, toilets, showers and what we need for the camp gives us condition to do the camp, but all is still far away from being ready. Our guys are working day and night. We will open to the public still at the beginning of December.

And answering your question, the camp can be useful to everyone who practices and likes BJJ. Not only for the techniques, but also for the rolls, and experience changing with guys from different parts of Russia and different teams.

BJJ Mania: As you are the head coach of one of the biggest teams in Russia, i guess your guys compete quite often. Tell us, which tournaments and federations are in the priority for you?

Alexander Faria: I don’t like priorizing Championships or federations. If any student want to fight a well organized Championship, he will always have my support. More important for me is that they are always ready to have a good performance and feel good before, during and after competition. Moreover, The atmosphere we have with our guys is a real supportive one, and it’s such a nice experience to see guys who train together supporting themselves. So, I always think that it depends on the mood of the group. And I let them free to chose, and always motivate their decision, no matter if it’s a big or small competition.

BJJ Mania: What do you think about growing number of Newaza tournaments?

Alexander Faria: I like to see that more and more guys from BJJ are taking place in competitions of Traditional Jiu Jitsu. Some time ago there was some kind of rivality between them, but it was very noble and humble from Newaza guys to accept that BJJ is something cool and they are open to the differences and nuances. BJJ has the chance to show how effective it really is and also exchange learning with guys that come from Traditional Jiu-jitsu Who also have a lot to show. We must not forget that BJJ has Traditional Jiu Jitsu as its root. So I see that as something positive.

BJJ Mania: Have you heard any news about if the IBJJF is going to organize another Moscow International Open in the coming year?

Alexander Faria: Well, even being in contact with them very often, there are many aspects that make such event happen or not. It’s such an amount of work! And that’s why its so organized. The first one had almost 400 hundred participants as a first edition, what is considered by IBJJF a great success. But, one of these factors I mentioned before is the availability of the local IBJJF representative to work and make a good job for the dates they have available.. In my case, this year I opened a gym in Cyprus and one in Moscow, both great projects that are important for me, as the sensei and businessman and for the team, and if I got involved in such important event for sure none of these things or the competition itself would be done the way they should. So, each thing at its time. But Moscow will soon have the chance to host an official event again.

BJJ Mania: How do you deal with the critics to your work? Very often words like mercenary or that you explore BJJ practitioners are brought up.

Alexander Faria: I arrived in Russia 3 years ago. In this period I Opened more than 20 affiliates, gave 46 seminars or master classes in 17 different cities (almost all of them for free!), I Have 4 operative Dojos in Moscow, brought and organized the first official IBJJF competition to Russia(Moscow open), made many European and world champion athletes, opened an incredible gym in Cyprus, have a team with 4 brazilian black belts (me,Lucas in Cyprus, ginaldo in Vladkavskaz and Sam in ludus baza), brought 26 black belts to Russia, some of them for the first time and with international level like tererê, Braulio and Victor estima, Cyborg, Roger Gracie, Igor and Gregor gracie among others and now I just opened a great gym in the heart of Moscow where BJJ will be practiced all day and at a great level. I have nothing else to prove, my work talks for me. Even people who don’t like me must recognize it helped change the status quo BJJ had until 2012 where only a couple of teams were evident and evolution was slow. When you work hard, you push others and I think somehow it helped. I am glad for that. The more you work, the bigger you make the target on your “popa”. I was ready for that and what the critics never realized is that I make the attacks and critics fuel to my work. They make me work harder, so I simply love when it happens.(does it sound crazy?). About exploring people, I am a professional, I have my share of contribution to the noble part of developing BJJ with the support to affiliates, free or cheap seminars of superstars of BJJ I promote.

And as any professional of any area its fair that I earn proportionally to the amount and quality of my work. In private classes or any services that are offered by my team and staff.

But bringing it to a single sentence;